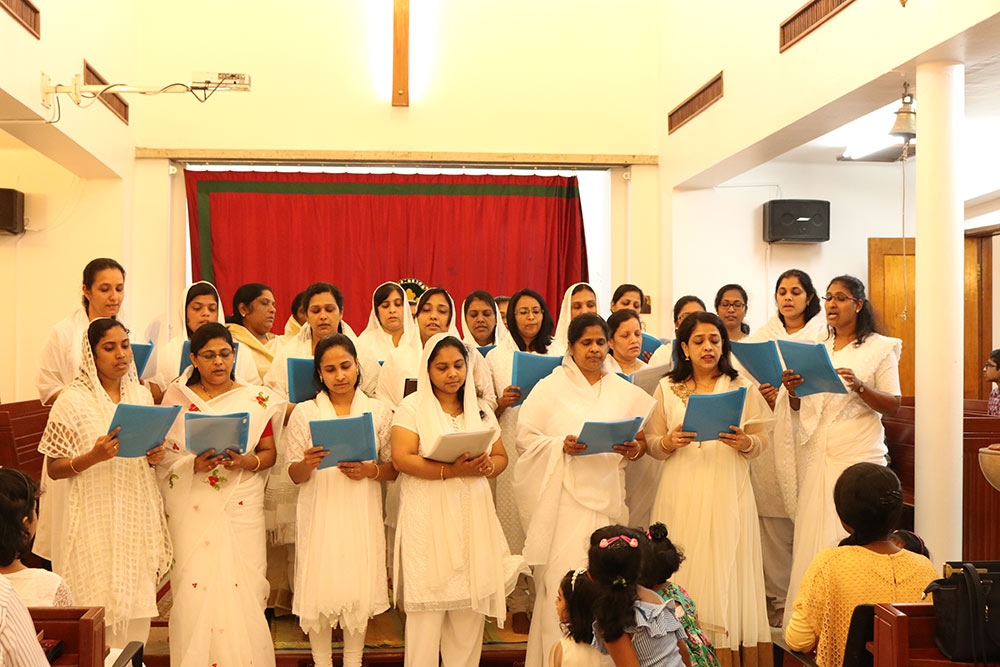 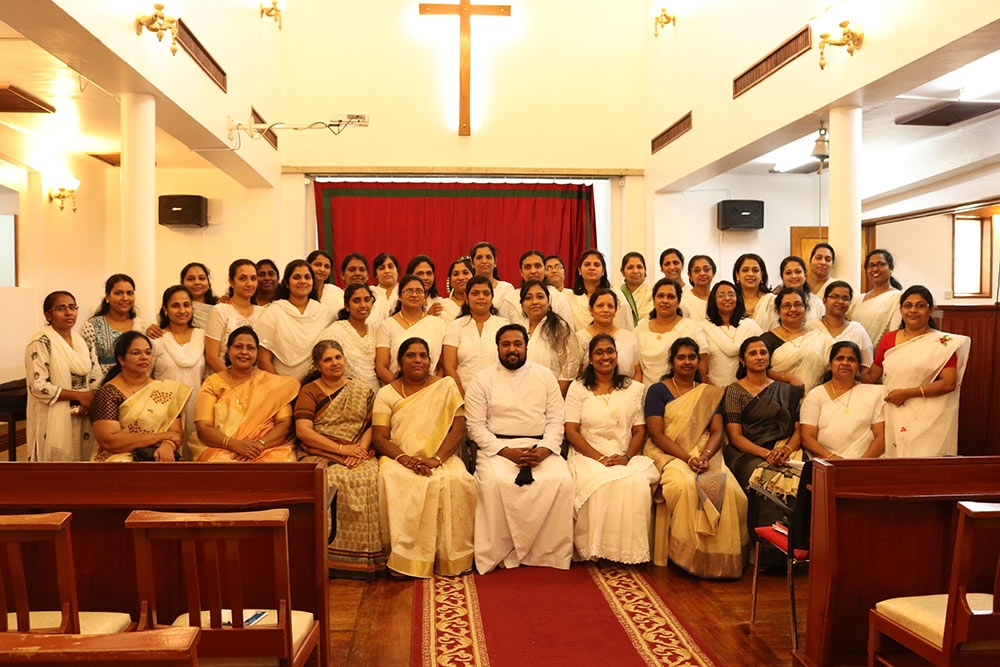 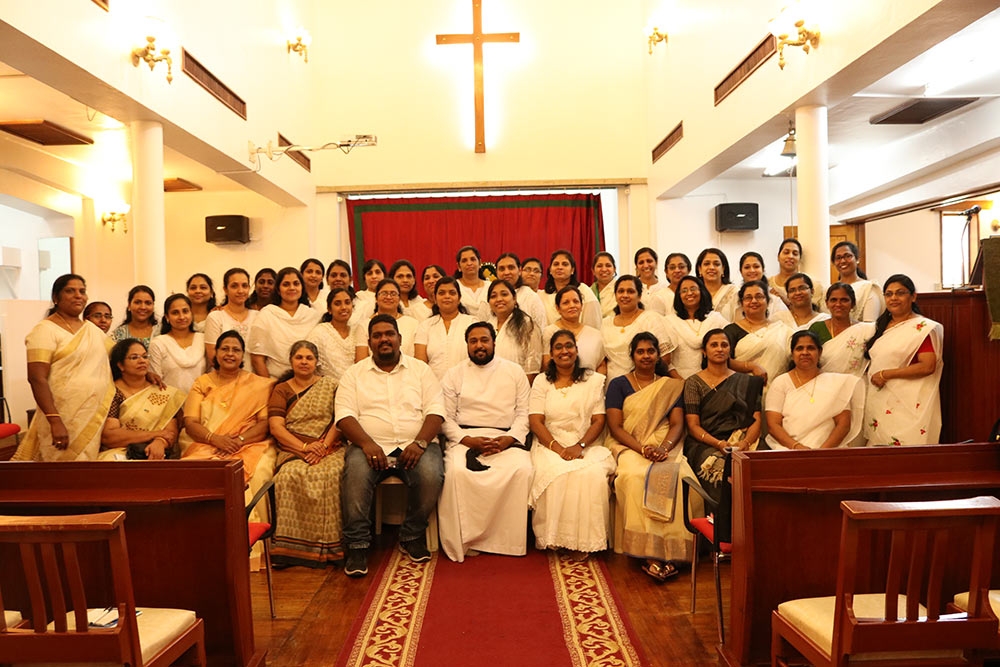 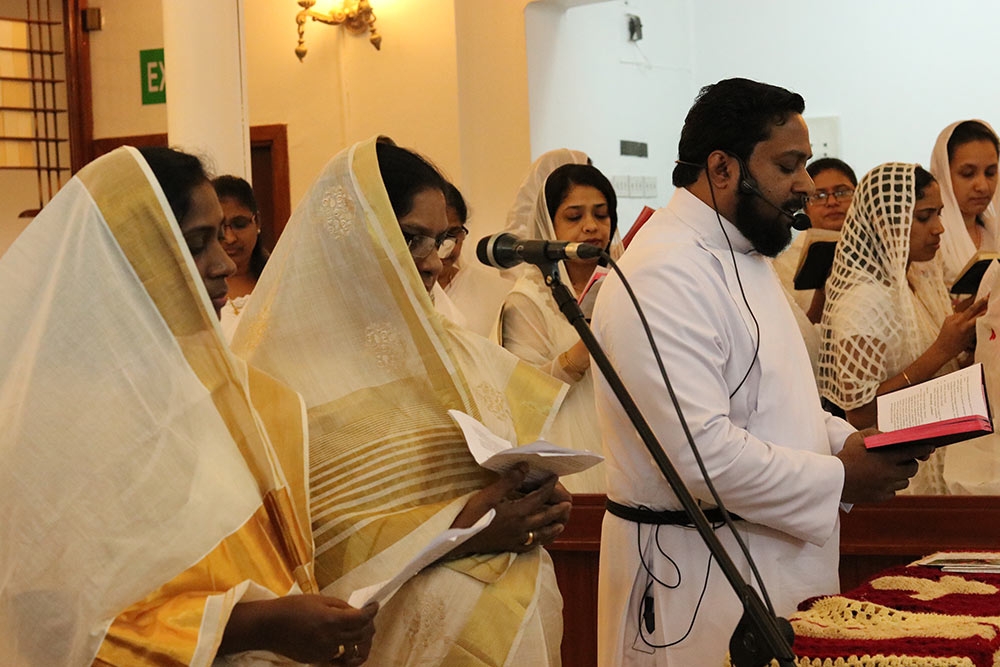 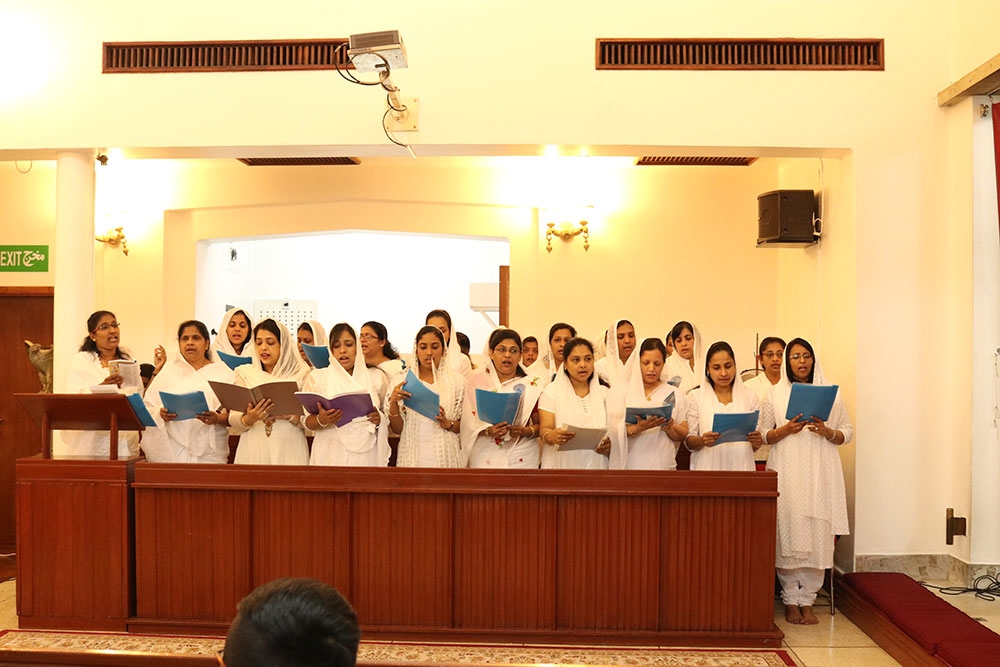 Charm is deceptive and beauty is fleeting but a woman who fears the Lord is to be praised. (Proverbs 31:30)

Women played a significant role in Jesus’ ministry and in the spread of Christianity. The revival that swept through the Malankara church in the late 19th century encouraged the womenfolk to start family prayer at home. They also started getting together in small groups for prayer. Consequently, Mar Thoma Suvisesha Sevika Sanghom was formed in 1919 during the Maramon convention. We thank God Almighty for the sacrificial and relentless services of our early leaders.

All women in the Mar Thoma church above the age of 18 years are members of the Sevika Sanghom. The official magazine, Vanitha Bodhini, serves as a media for conscientising women on current affairs and biblical matters. Sevika Sanghom also manages schools, orphanages, tailoring schools, printing presses and snack centres to educate and empower underprivileged children and women.

Ahmadi Sevika Sanghom, an extension of the Mar Thoma Suvisesha Sevika Sanghom, was formed in the year 1992. Our Sevika Sanghom strives for the spiritual growth of women and their meaningful involvement in parish ministry. We meet every Thursday, 5:15 pm at Ahmadi Mar Thoma Parsonage or the houses of members under the leadership of our vicar. Singing, intercessory prayer and classes based on Bible and sacraments are conducted during these meetings.